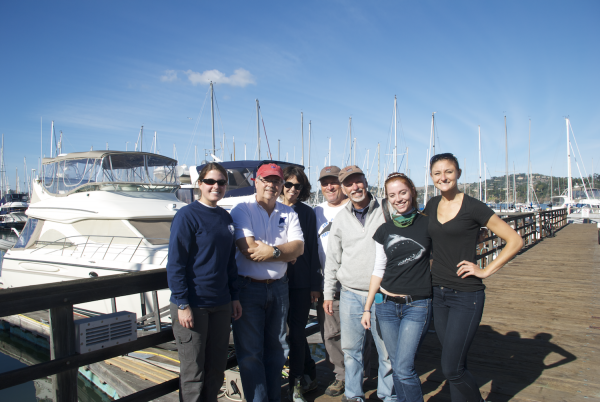 In October 2014 The International SeaKeepers Society teams up with Golden Gate Cetacean Research to conduct research on harbor porpoises in San Francisco, California onboard M/Y E Cruz.  The Golden Gate Cetacean Research (GGCR) team, along with SeaKeepers staff and the owner of E Cruz, successfully studied the behavior and population of harbor porpoises in San Francisco Bay through photo identification. 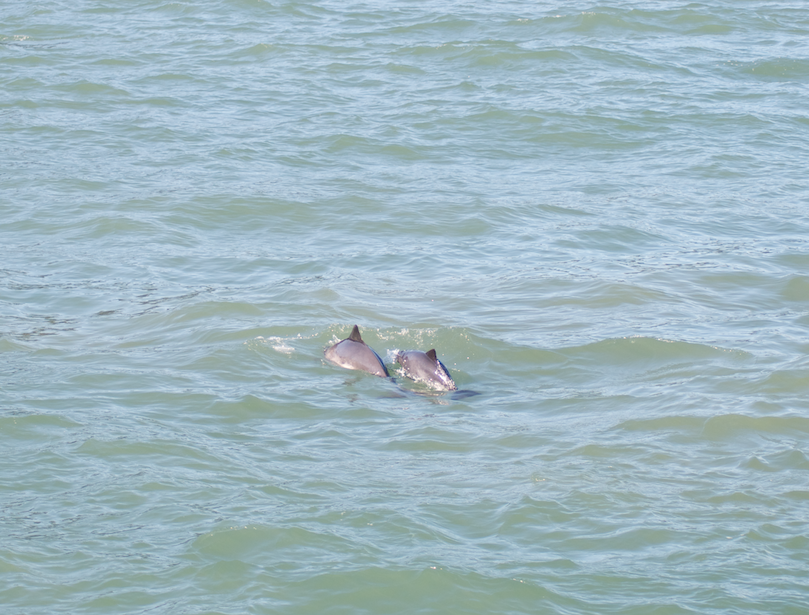 No porpoises were seen in the North Bay, but 91 porpoises were counted near the Gold Gate, of which 16 were calves.  This is more than twice as many as GGCR has ever seen from a boat in San Francisco Bay.  Additionally, known porpoises that had already been catalogued were sighted, providing invaluable data on habitat use. The results of the survey will allow GGCR to correlate porpoise distribution with oceanographic characteristics to designate critical habitat locations. “Our porpoise study depends on high quality photographs that can only be taken from a stable platform at sea,” said Bill Keener, co-founder of Golden Gate Cetacean Research. “Thanks to the yacht provided by SeaKeepers, we were able to go farther and get more images in a single day than we have ever done before. This collaboration produced the kind of valuable scientific data that will allow us to tell the story of the porpoises and their return to San Francisco Bay.” 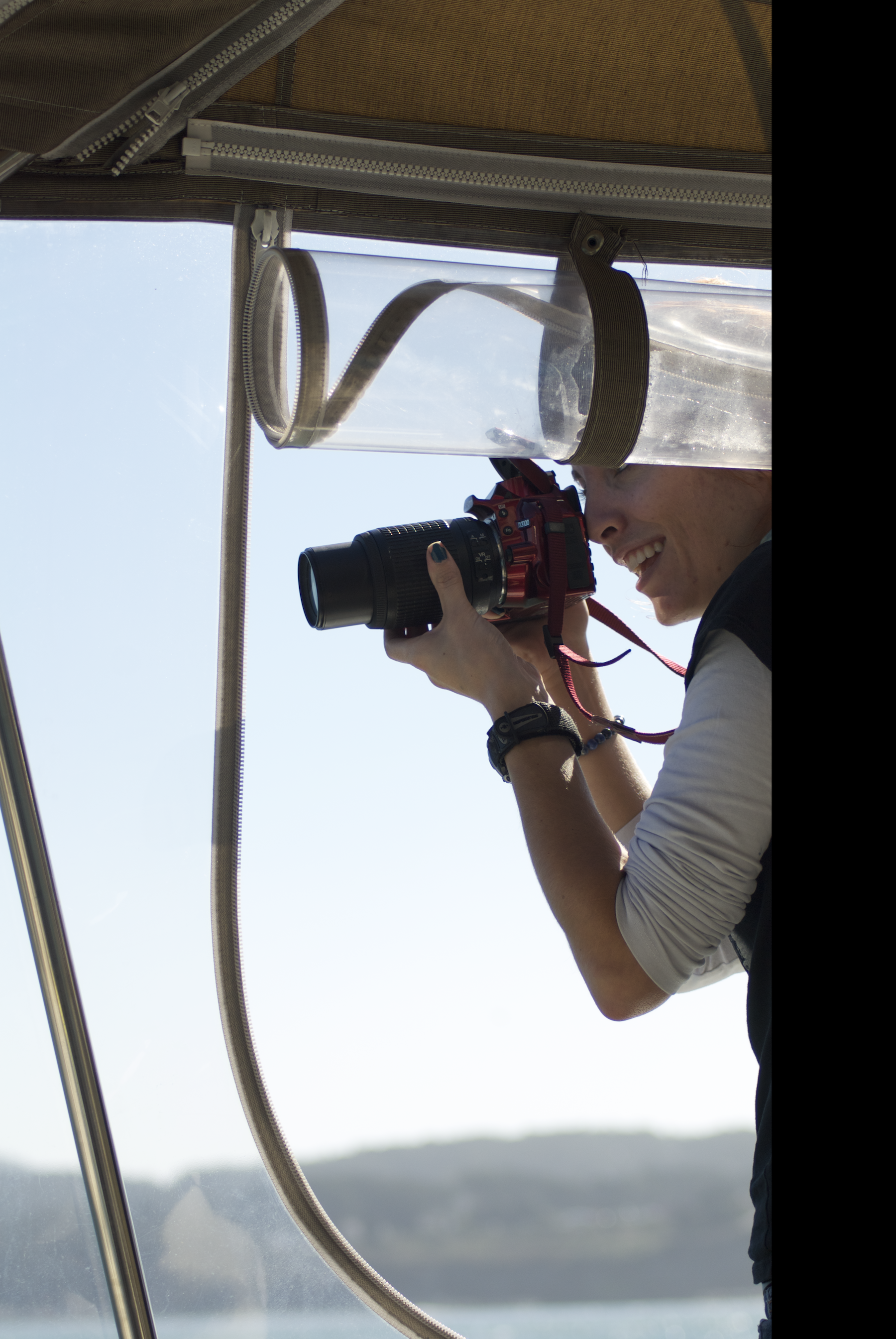 During the expedition, GGCR evaluated porpoise populations in the area as part of an ongoing research study. The expedition furthered the understanding of the ecology of these marine mammals, encompassing distribution, abundance, behavior, demography, and habitat use. Harbor porpoises have resided in the bay for thousands of years, but left in the late 1930’s likely due to increasing pollution, vessel traffic and side effects from World War 2 defense efforts. In the 1960’s, grassroots efforts lead to the decline in pollution and thus the return of harbor porpoises to the Bay in 2008 after an absence of 65 years.

Larry Moraes, owner of E Cruz and a member of Sausalito Yacht Club, believes this expedition was beneficial for raising awareness for environmental support and plans to spread the word to the yachting community. “Over the last 15 years we have averaged about 60 days per year on the bay cruising, sailing and racing and we have always tried to support environmental efforts to improve the Bay,” said Moraes, “Today, I learned more than all those days combined and I cannot thank you enough for the opportunity.” SeaKeepers and GGCR staff agree that E Cruz, a 46-foot Maxum powerboat, is a perfect platform for this type of research with an elevated flybridge providing 360 degree views of the surrounding waters. SeaKeepers and GGCR were brought together by EYOS Expeditions Ltd. 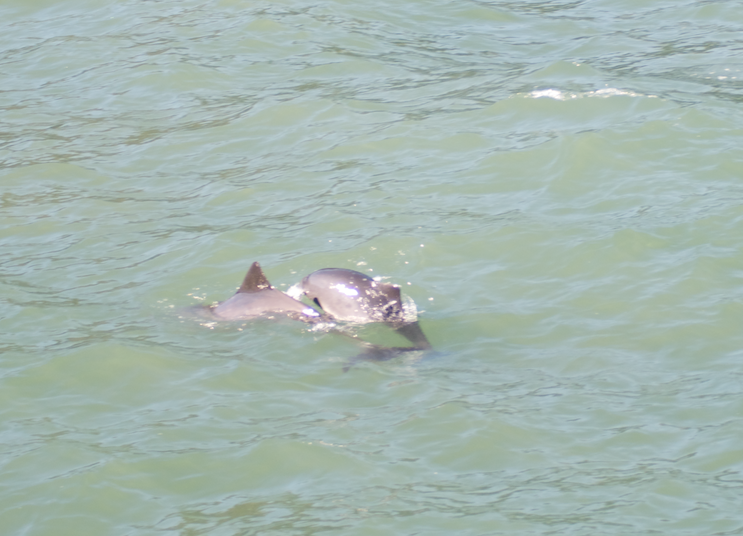 Golden Gate Cetacean Research is dedicated to the scientific study and conservation of cetaceans in San Francisco Bay and local surrounding waters. They have compiled the world’s first photo-identification catalog for harbor porpoises, which currently recognizes over 650 individuals. Researchers are able to gather information and track the porpoises through photographic identification, observation, CTF probe sampling and recording of underwater sounds using a hydrophone.