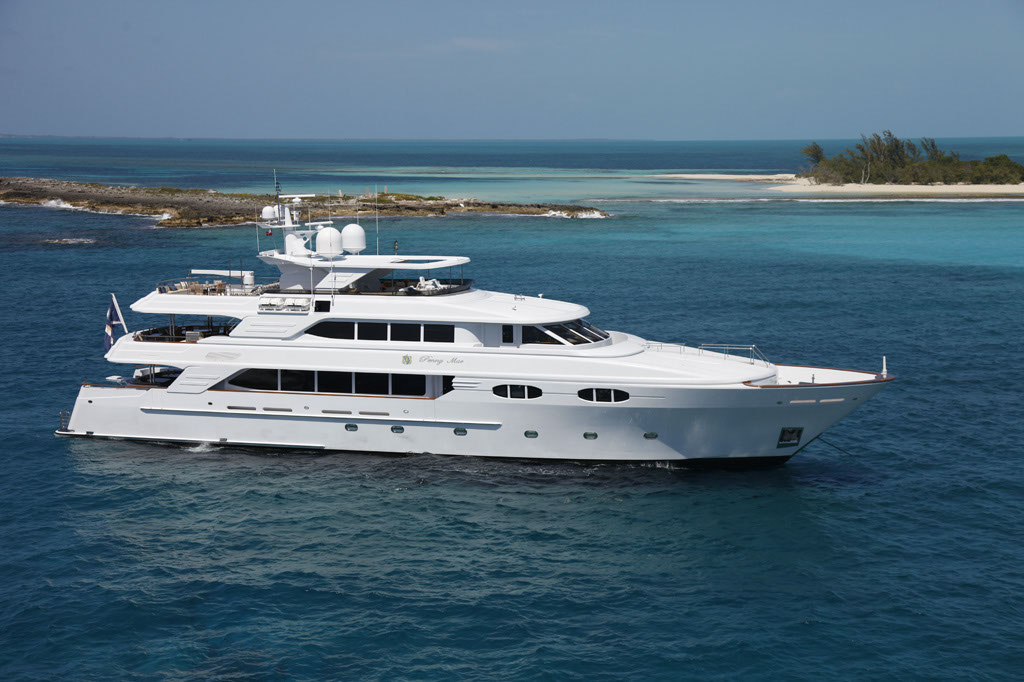 The researchers took blood samples, morphometric measurements, and conducted ultrasounds on 15 female tiger sharks. A total of 16 tiger sharks were captured and acoustic tags were implanted in 13 of the sharks, three of which also received satellite transmitters. Of the 16 captured sharks, one was a recapture from a previous shark tagging expedition in October 2013, and had since given birth, providing scientists with exciting data and a way to learn more about where the birth occurred. During the expedition, 13 sharks of other species were caught and immediately released, including, bull sharks, Caribbean reef sharks, lemon sharks, and nurse sharks as they were not part of the data collection or examination for this expedition. 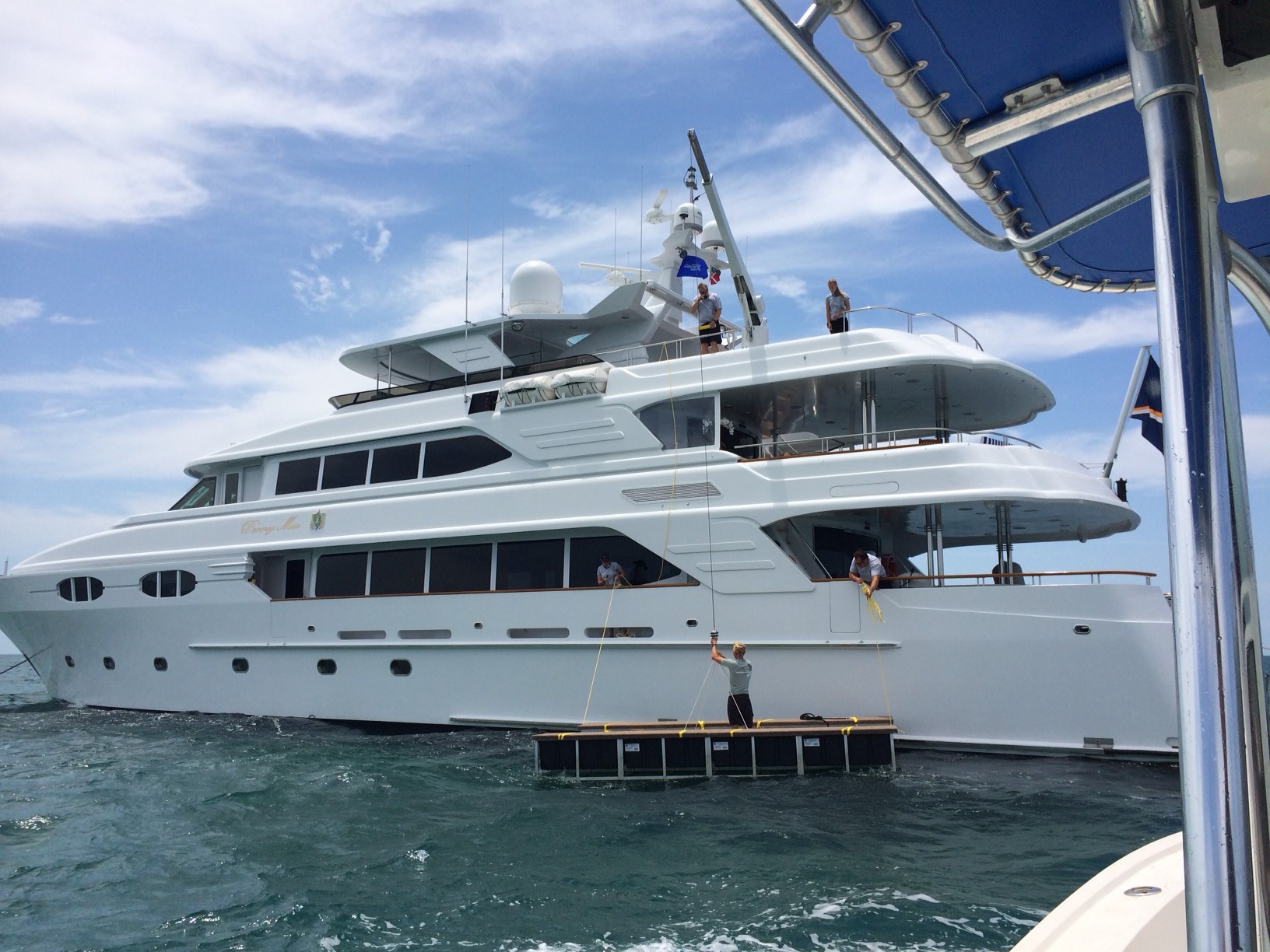 Penny Mae crew use their onboard crane to lower the custom made shark tagging platform into the water for use.

Researchers have been able to track tagged sharks through hydrophone receivers that were previously mounted into the seafloor in the area. Analysis of the receiver data showed more than 11,000 detections recorded over the past several months. This data can help researchers further explore the habitat use of the female tiger sharks, the relationship among the female tiger shark reproductive state, condition and residency patterns, and how these patterns may be impacted by the tourism at Tiger Beach. 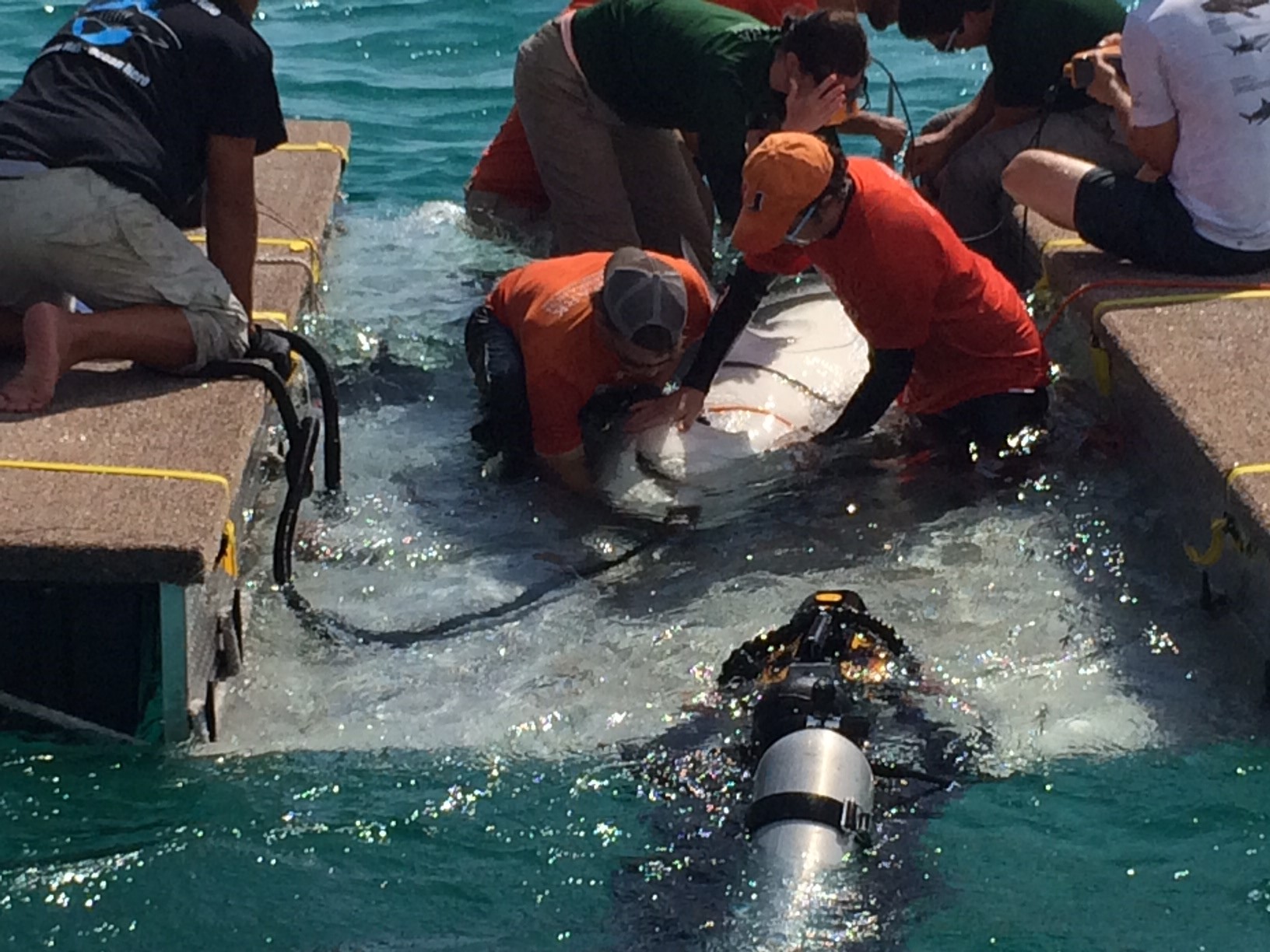 Researchers (in orange) measure the length and girth of the shark. Researcher (in green) uses a portable ultrasound to determine whether the shark is pregnant. Researcher (in blue) monitors the pump that is supplying fresh seawater into the sharks mouth and through its gills to make sure it is receiving plenty of oxygen. Diver in the water films the entire thing from a unique perspective!

A half hour segment on TechKnow, part of Al Jazeera America, will highlight Dr. Neil Hammerschlag’s research and his shark tagging expedition.

We would like to highlight the caution and care that was taken during the shark tagging expedition. Special precautions are always taken to ensure the animals are kept healthy, handled safely, and released in excellent condition. All the sharks are carefully captured, secured, measured, tissue sampled, tagged and released following the methods that have been approved by the University of Miami’s Animal Welfare and Care Committee. These examinations help researchers learn more about the sharks’ behavioral ecology and reproductive biology to help support their conservation. Learn more about these projects: http://rjd.miami.edu/research/projects