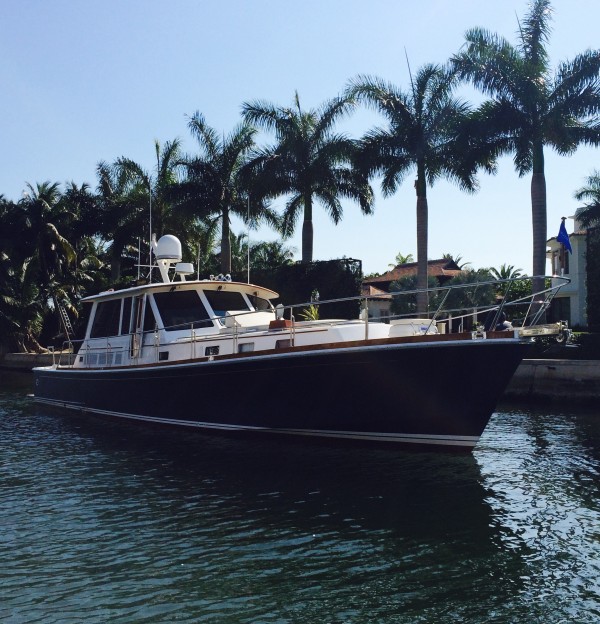 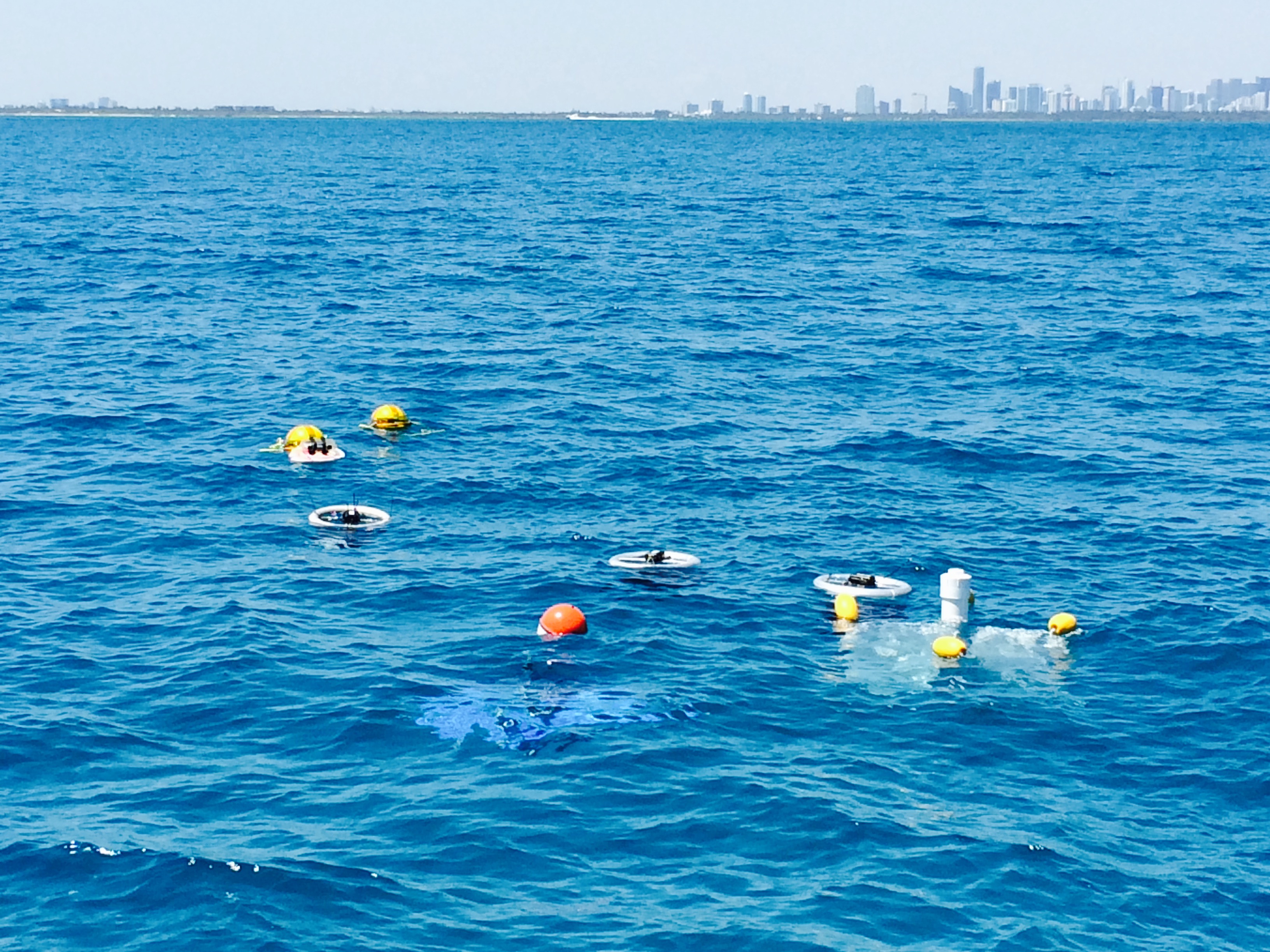 Several drifter designs were tested and calibrated during the expedition.

Miami, Florida- April 16, 2015- The International SeaKeepers Society and the Consortium for Advanced Research on Transport of Hydrocarbon in the Environment (CARTHE) teamed up for an expedition contributing to CARTHE’s drifter design experiments. Touri J. White, Project Director of IMPACT (Integrated Marine Program and Computer Training) from the Patricia and Phillip Frost Museum of Science, and Sami Kattan, aerial photographer and video producer, were also in attendance.

The expedition involved three days of research offshore Miami onboard Fleet Miami’s 54-foot Grand Banks Eastbay M/Y Shredder.  This expedition is the second of its kind on M/Y Shredder, and involved testing various types of CARTHE drifters and their relative motion responding to wind, waves, and surface currents. The drifters, including the original type deployed at the Deepwater Horizon site in the Gulf of Mexico, varied in size, shape, and material – some even biodegradable. Reference measurements were taken with an Acoustic Doppler Current Profile (ADCP) for surface water current velocity, a Conductivity Temperature Depth (CTD) sensor for chemical and physical properties within the water column, and an anemometer for wind measurements. CARTHE also launched a blimp called an aerostat to photograph two-dimensional drift cards floating on the surface behind the vessel. Aerostat photography allows for precise observation of the drifters’ locations and movements, particularly when objects are close in proximity and cannot be effectively deciphered from one another using GPS. Mr. White from IMPACT and the Patricia and Phillip Frost Museum of Science joined the expedition to learn more about the drifter design experiment in hopes of creating a collaborative project with CARTHE and IMPACT students. 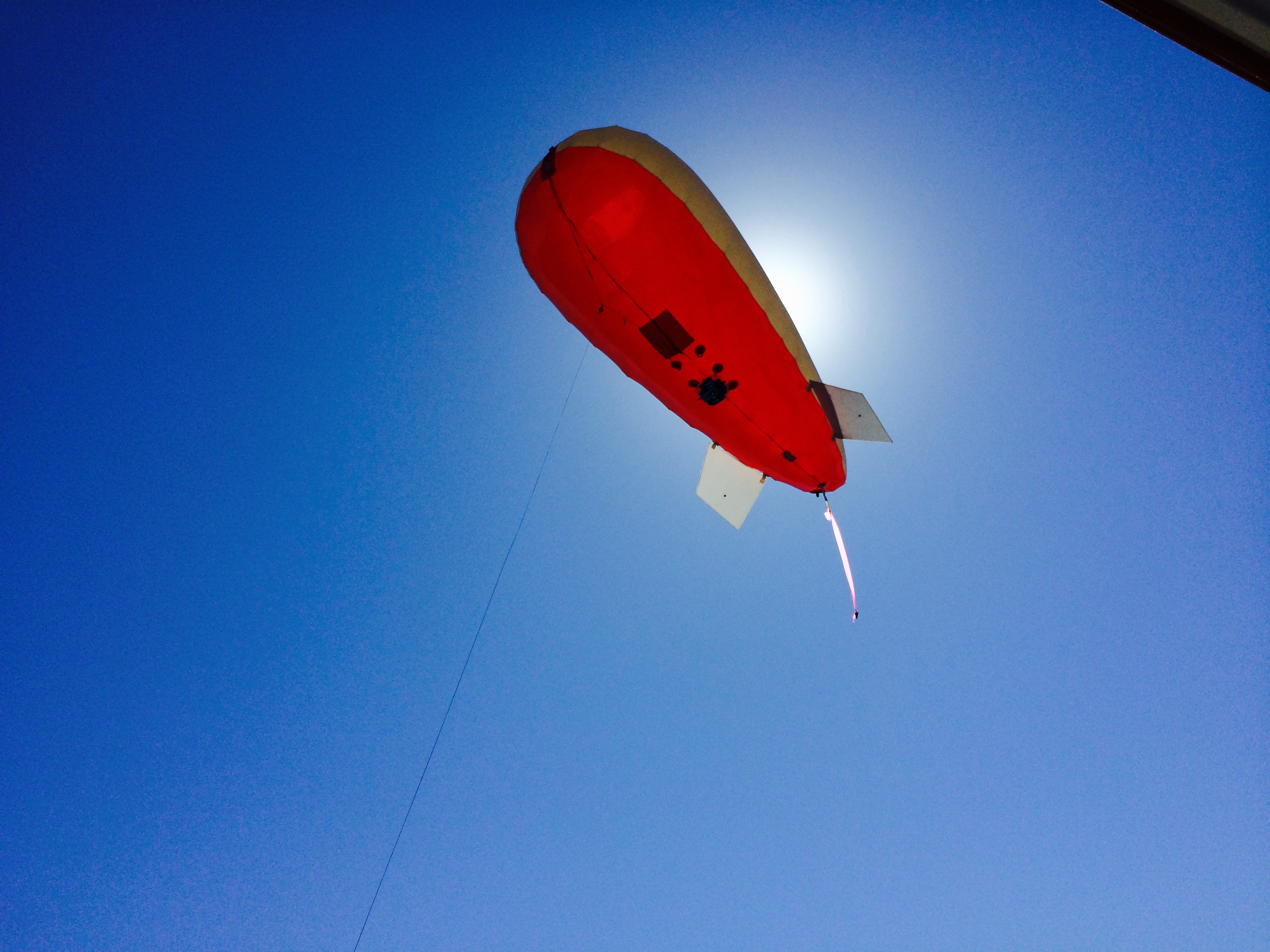 Data collected from these drifter design experiments and last September’s research are in preparation for a large-scale project to study currents and water movement in the Gulf of Mexico for use in oil spill mitigation planned to start in early 2016. This will be the largest project of its kind ever attempted.  The International SeaKeepers Society plans to assist CARTHE with vessels in the Gulf of Mexico in 2016 and is seeking additional vessels that are able to donate their time to assist with the project.

CARTHE is a team comprised of research scientists and staff funded by the Gulf of Mexico Research Initiative (GoMRI) and dedicated to understanding the oceanic and atmospheric processes which influence the dispersal of marine contaminants associated with oil spill-related incidents.  Recent oil-spill events have already made evident the importance of understanding these processes for emergency management purposes in minimizing damage to the environment, the economy, and to human health. The CARTHE scientists involved in this expedition are based at the University of Miami’s Rosenstiel School of Marine & Atmospheric Science and Florida State University. For more information, please visit www.carthe.org.

Fleet Miami is a Florida based Yacht Membership Club known for its dedication to the superyacht fleet lifestyle experience. They have been generous to provide the 54-foot Grand Banks Eastbay Shredder for two CARTHE research expedition and outreach programs, the first occurring in September 2014. M/Y Shredder and her crew adeptly played a key role in the expedition by providing the platform that made drifter deployment research possible. For more information on Fleet Miami, please contact Kathy Kennedy at +1-203-984-4426 or kkennedy@fleetmiami.com.